Welcome to my first build log on the new PDXLAN forums!
Currently planning to have it completed and debut at PDXLAN November. Look for it by the front door!!

I'll be linking to update posts here for easy access as they go along:

From the Ground Up...

interesting. too bad. i kinda would love to see a Ghostbusters mod. Guess I'll have to do one.
Top

Starting with my current rig, in the case I won at PDXLAN November 2017.

I really like the case, and wanted to do a mod that kept it recognizable, while also being something I would love to have sitting on my desk.

The next mod contest will be a blow out.

The competition won't have a ghost of a chance...
Their mods are gonna get busted.
They will know who to call next time.

God is an iron - and that's a hot one. ~Spider Robinson~
Top One of my approaches to modding is to design everything digitally first. I don't generally have resources to make many mistakes, and pixels are cheap. I also really enjoy the 3D modeling/CAD aspect so it's somewhat therapeutic, and also provides a good way to plan things out. Measure thrice, cut once!

I began with a core idea of having the Proton Pack hanging up inside the case, integrated as part of the motherboard. After toying around with a few ideas on what to do with the rest of the case, I settled on replacing the front panel of the case with the facade of the Firehouse from the movie.

After much digging up of reference material

I drew up the outlines of the facade in relation to the dimensions of the front panel: 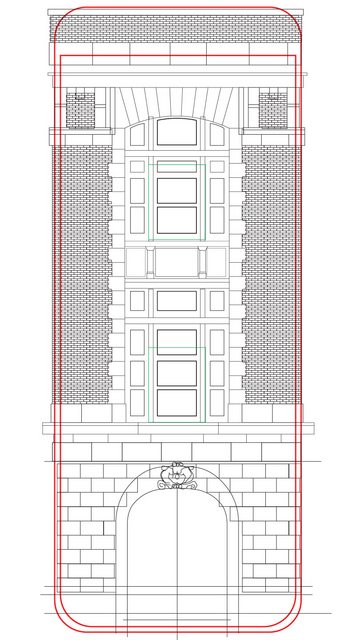 Then the CAD work began...

After doing a bit o' CAD work on that facade, i needed to make sure I could actually print at the level of detail I was designing.

Since the front panel serves as an air intake, I wanted to try and allows as much airflow through as possible. All of the small red bricks on the facade are actually undercut with an angled intake. From the front or above, it looks nearly solid, from below you can see the venting going through.
Coupled with some venting through the windows, and some intake on the sides of the front panel, it should have at least as much intake as the current case front panel, and possibly more.

Sometimes you just need to go old school first too:

And what would the front of the firehouse be without the illuminated sign? Back into software, knocked out the Ghostbuster sign, and gave it a quick test print:

The plan is to have this affixed to the front of the case just like on the actual firehouse (sticking out on rods, some chains keeping it vertical), and have the illumination tied to system power. That would all end up being pretty fragile, so in the interest in making it removable for taking to LANs, I did a quick test with a couple tiny neodymium magnets, some wire, and an LED. SUCCESS! I'll be able to have a detachable LED sign now! 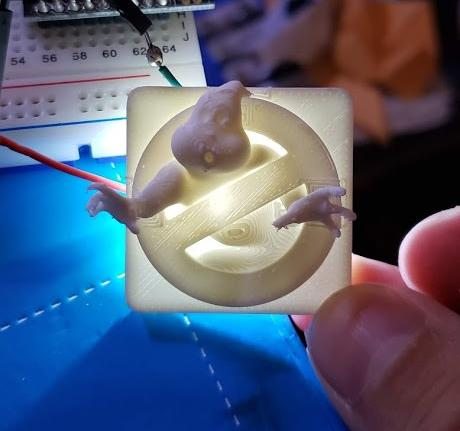 This is one of those small things that you do in your mods that make me smile.

God is an iron - and that's a hot one. ~Spider Robinson~
Top

I am super pumped to put those to good use... that waterblock looks so slick!
(I had to try it out!) 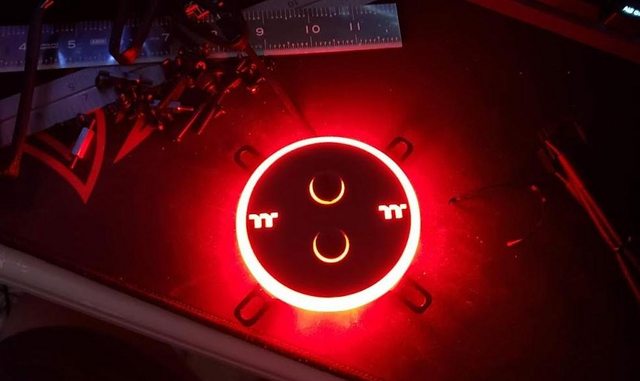 From the Ground Up

Finally making time to turn the pixels into PLA....

Started with rebuilding the front panel of the case, with some tweaked dimensions. This will let me build and attach the firehouse facade easily. I modeled up a new front panel complete with snap in pegs and side venting, and did a test fit of some pieces:

Also played around with the lighting a little bit while the printer was busy: As the pieces came off the printer, I started doing some assembly:

The man door on the left will open and allow access to the USB3 and USB2 port, and both larger doors can be opened to get to the 3.5mm audio jacks and other USB2 port:

All the bricks on the sides are actually vented from underneath to allow some airflow through them: Since they print way better laying flat on the surface of the printer, I had to make sure that they nested nicely on the corners:

The pieces will continue to get modeled up and printed, and pretty soon it will be paint and assembly time!

Next up while waiting will be making the black radiator nice and white! Printing continues almost 24/7... mistakes are made but progress is also steady.

Doing a lot of sanding and painting and trying to keep the '3d print' look to a minimum: 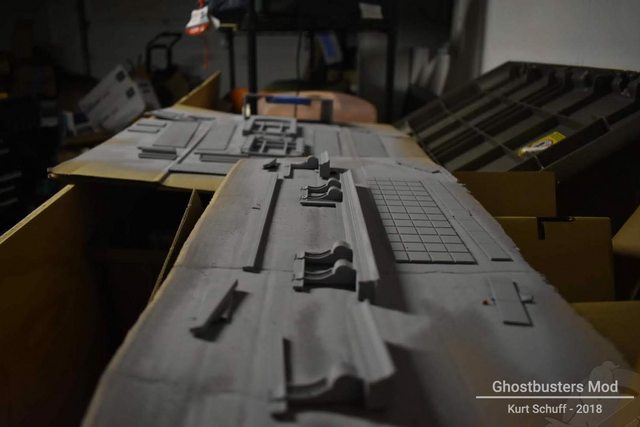 Then I got some base color on and started assembling the pieces: 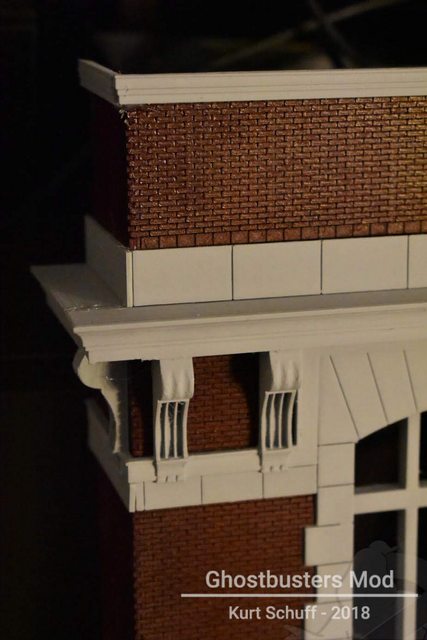 And a test fit was successful!

There was also some work to be done on the case... dremel mod requirement met! 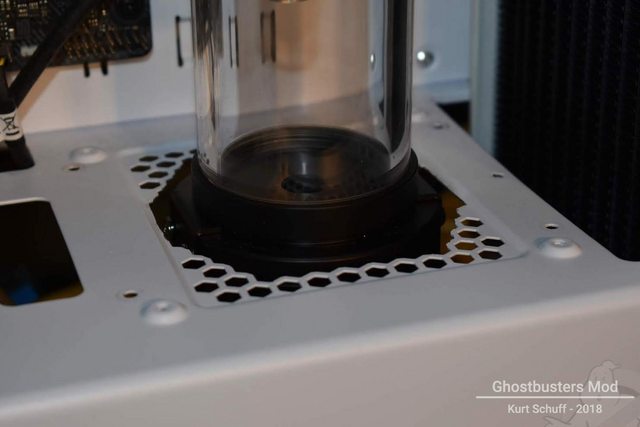 Thanks again to ThermalTake for sending along some gear. Some white paint and it fits in nicely! 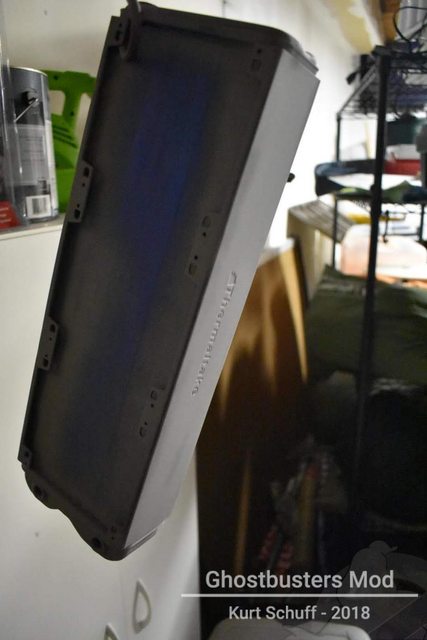 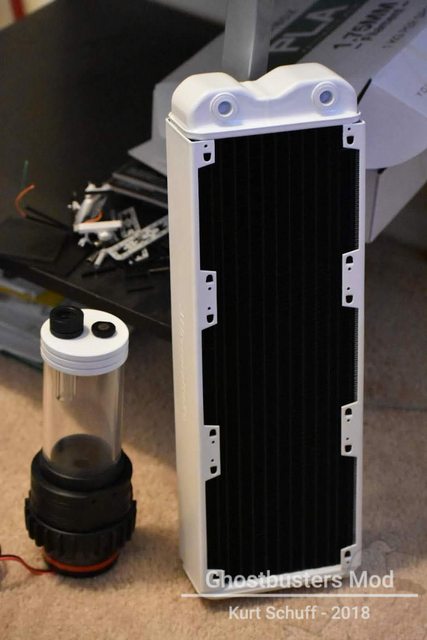 (Apparently I still remember how to bend tubing... go figure.) 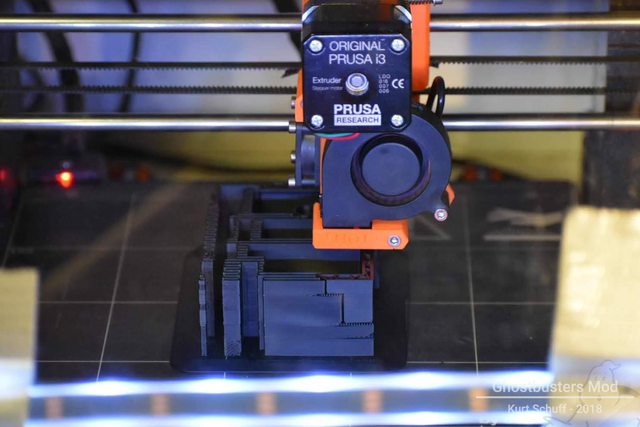 Slowly all the motherboard pieces are being produced. They'll need a nice paint job and assembly still. 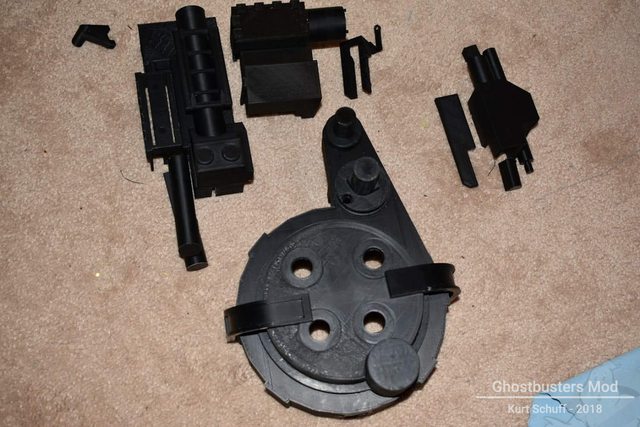 Jump to
Powered by the PDXLAN Staff. All content © PDXLAN